What I've Learned From Charlotte Mason [Part 6]: Reflections on the Formation of Character 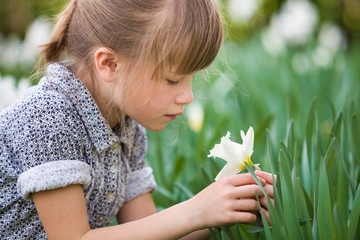 “How is it that we do not see, through the hurry of eating and drinking, getting and having,

that our prime business here

is to raise up a generation

In her fifth volume of her educational philosophy, Formation of Character, Charlotte Mason changes her method in connecting with parents and teachers. Instead of her usual style of speaking directly to her readers, this book is full of stories. She wrote each to illustrate how the principles and truths that she and her colleagues had recovered applied to everyday life.

While it initially takes a little while to get accustomed to this new means of sharing truth, the reader is richly rewarded with very practical stories of parents, teachers, physicians, and other interested adults in working out how to best help children grow. In fact, one of the stories imagines such a conversation happening 100 years after her writing it, on September 10, 1990!

As is the case with her previous four volumes, one does have to pull out a dictionary occasionally to understand her vocabulary (something that her contemporaries would not have had to do, unfortunately for our own state of education). But, if you stick with her, you’ll be able to drop in and listen to the kinds of conversations that people were having about how to best help children grow up in an age where, arguably, they were already doing a better job than we are.

Let’s join one such conversation, entitled “Inconstant Kitty.” Here, a harried and worried mother is sharing her heart with her maturer and wiser aunt about the lack of growth of one of ther daughters. She recounts the lengths of hard work that she and the family have invested in Kitty. But, to no avail; Kitty seems unable to grow as a person in a way that matches her body’s growth.

The wise aunt gives simple but pointed advice on what the young mother should do and resist doing. This includes the following excerpts:

“First, as to her lessons: you must help her to gain the power of attention; that should have been done long ago, but better later than never… ‘But,’ I fancy you are saying, ‘if the child has no faculty [ability] of attention, how can we give it to her? It’s just a natural defect.’

Not a bit of it! Attention is not a faculty at all, though I believe it is worth more than all the so-called faculties put together; this, at any rate, is true, that no talent, no genius, is worth much without the power of attention; and this is the power which makes men and women successful in life…

Attention is no more than this–the power of giving your mind to what you are about–the bigger and better so far as the mind goes, and great minds do great things…

You have no notion, until you try, how the ‘now-or-never’ feeling about a lesson quickens the attention of even the most volatile child… I once heard a wise man say that, if he must choose between the two, he would rather his child should learn the meaning of ‘must’ than inherit a fortune.”  pp. 29-31

This aunt makes great points on what is most needful in a child’s education. As Charlotte  repeats many times in her previous 1000+ pages, true education is not at its essence…

the building of skills,

the amassing of facts,

the ability to memorize,

and spit back out required answers for a test.

Rather, for Charlotte, and for us at RMCA, the proof that a child or adult is receiving a true education is…

in the quality of his or her relationships,

how one answers the question ‘why?’ regarding any study,

and the formation of a character and virtue that will endure hardship and the easy way out.

The latter kind of student will do well on tests, papers, assignments. He or she will master and excel in skills. However, his or her reason for doing so will be quite different than his or her counterpart who studies and attains academic accomplishments for mere mercenary gain. The difference is in the purpose determined for education and even for life itself.

The foundation of this understanding of education is the key ingredient of attention.

At RMCA, we’ve long communicated the idea that attention is about giving one’s self to something or to another. At its basis, it is an act of desire, even of love, that speaks of the worth of the other. Attention also indicates a relationship with something, another reason why relational learning is so important for us here. Without relationship, we are literally treating reality as something that we merely consume, that we can order in whatever way that pleases us.

‍Attention is the way forward for the child or adult who wants to grow. It is a master orientation to learning that shapes everything else. With it, one can grow and learn in nearly endless ways. Without it, so much of reality resembles a long hallway of shut doors.

Later, Charlotte continues in another story, “Consequences,” imagining how a once popular game stands in as a metaphor for how choice and habit dictate so much of how we live and view reality.

She includes the following quote to illustrate how much had changed even in her own time between the relative value of being good vs. being happy.

“Don’t make a fool of the child,” was the warning young mothers used to get from their elders. But we have changed all that, and a child’s paradise must be prepared for the little feet to walk in. “He’s so happy at school,” we are told, and we ask no more. We have reversed the old order. It used to be, “If he’s good, he will be happy;” now we say, “If he’s happy, he will be good.”

Goodness and happiness are regarded as convertible [equal] terms, only we like best to put “happy” as the cause and “good” as the consequent. And the child brought up on these lines is both happy and good without much moral effort of self-compelling on his own part, while our care is to surround him with happy-making circumstances until he has got into the trick, as it were, of being good.” p. 75

As in her previous story, Charlotte imagines her contemporaries talking with one another about what it means to rear children in one’s own day. Granted, a lot has changed over the last century, but the things most critical to our identity as people haven’t changed at all.

What kinds of experiences and relationships will help form a character that cares about being good more than being happy? That is the unspoken question that Charlotte gives her reader. I can’t imagine a more relevant question for any of us, as parents or teachers, to ask and answer in our own day.

Our children learn at a very early age what matters most to us and will, in spite of teenage rebellion, still revert to that at some point in their lives. They live out what we unconsciously tell them, sometimes in words but always in our actions, what matters most in reality.

If happiness is the most important thing in life, a sense that I am ok if my desires for comfort, status, and self-worth are met, then that is what a child will imitate. On the other hand, if the child learns in his or her relationships with parents and teachers  that conforming one’s will, heart, and mind to the good–and particularly to goodness’ Source, Jesus Christ–then he or she will have a much better opportunity to become the kind of adult who can pass that on so much more effectively to their own children.

We really are in the long-game here, as parents and teachers. The habits that we are laying down for ourselves, and encouraging our children to follow, will have results that may last centuries, perhaps much longer. In my own life, I daily see the fruit of the actions of my ancestors from more than a century ago. For better or worse, we are impacted by how previous generations lived, and we have that same privilege and responsibility to pass that on to those who follow us.

In the opening of this post, I included Charlotte’s wise words from pp. 145-146,

“How is it that we do not see, through the hurry of eating and drinking, getting and having, that our prime business here is to raise up a generation better than ourselves?”

How true those words are! May we have God’s grace to risk everything in order to grow in being able to do this well. And while we can never force a child to choose to embrace the Good, we can, again, open up the doors to his or her reality that will make that more likely to happen.

Consider the following reminders from Charlotte of the limited (but still critical) power that each parent has in shaping the trajectory of a child and his or her generation:

“Thus it rests with parents to ease the way of their child by giving him the habits of the good life in thought, feeling, and action, and even in spiritual things. We cannot make a child ‘good;’ but in this way, we can lay paths for the good life in the very substance of his brain. We cannot make him hear the voice of God; but, again, we can make paths where the Lord God may walk in the cool of the evening. We cannot make a child clever; but we can see that his brain is nourished with pure blood, his mind with fruitful ideas.” p. 142

“…take the good the schools provide, and be thankful; take count of what they do not provide, and see that any culture or moral training, which the schools fail to offer is to be had in the home.” p. 185

in the life of a child,

How can you and I do this more consistently? How can we admit our mistakes, form new habits and perspectives, and align ourselves more readily with the Holy Spirit in His love for our children? How can we work together, home and school, to close-up each other’s blind spots and use strength to support weakness?

Much of that will depend on our relative desire to be humble, teachable, and do the hard work of being attentive ourselves. Being attentive to the opportunities that God puts in front of us right now, doing the next thing right now, is as important in 2022 as it was in 1890.

Some things never change. The most important things never do. The formation of a child’s character to help produce an adulthood worthy of the name will always be a primary goal of education. May we at RMCA pursue that more faithfully.